As I mentioned a couple of posts ago, Andreas and I spent our spring break in Sorrento, Italy.  We stayed in a wonderful guesthouse, actually an old 3rd floor downtown apartment converted into several individual rooms plus one small apartment. It’s called Sorrento Flats, and if you are headed that direction I highly recommend it.  You could not find better hosts than Luigi, Emanuela, and Paola. 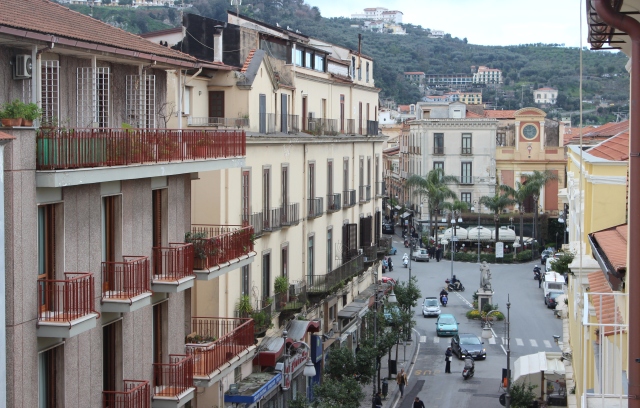 View of Tasso Square from our hotel balcony

Sorrento is the perfect base for exploring the region.  The local Circumvesuviana train line starts in Naples and passes through Herculaneum, Pompeii, and a string of other charming little towns before arriving in Sorrento two hours later.  Every hour or so buses depart the city to wind along the gorgeous Amalfi coast road to Positano, Amalfi, and Ravello.  And you can catch a ferry for a day trip to Capri at Sorrento’s Piccolo Marina (we didn’t, but you could).

This is me and Father Guido Sarducci in Amalfi. Can you tell we love it here?

The history of the region has many layers.  First there were the Osci, around 800 BC.  Then the ancient Greeks took over and apparently found the place captivating: the name Sorrento (Surrentum in ancient times) comes from the word for Siren, as in the lovely ladies who tried to lure both Jason and Odysseus with their songs.  The actual island of the Sirens, according to some traditions, is a group of three rocks just off Capri (visible from the coast near Sorrento). 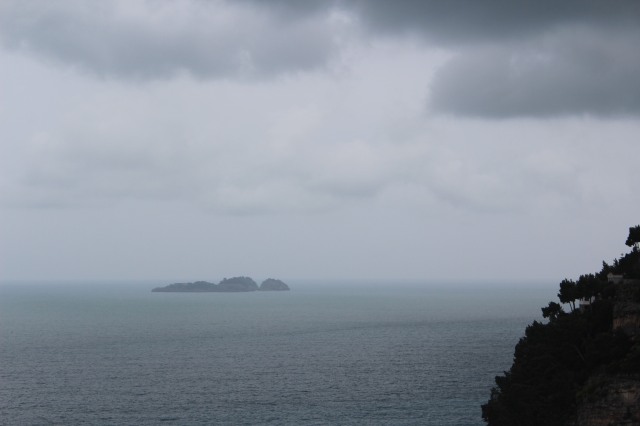 Then there were the Romans, of course, and the whole business with Vesuvius in 79 A.D. (or C.E., whatever – I’m showing my age).  Spain ruled the region in the 16th and 17th centuries, which is when those interesting medieval-style Easter processions got started.  Sorrento has been a prosperous place for a long time. It was protected by deep gorges from land invasions but pirates and Saracens regularly invaded from the sea.

Il vallone dei mulino – valley of the mills, in one of the gorges surrounding Sorrento

The central square is named for Torquato Tasso, a native Sorrentino and poet of the 1600s; his most famous work, “Jerusalem Delivered,” was inspired by those Saracen invasions.  Richard Wagner and Henrik Ibsen both lived in Sorrento in the 19th century and Maxim Gorky in the 20th. 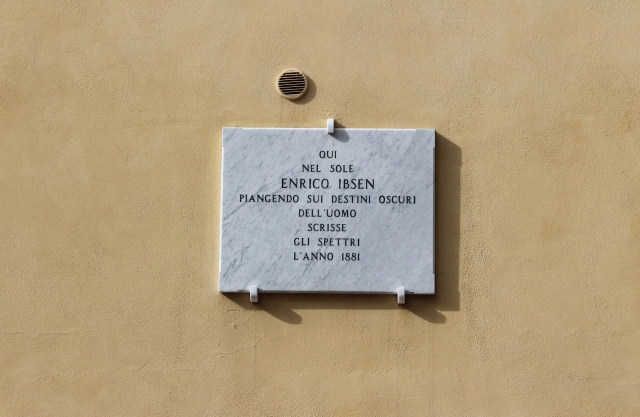 Hey Henrik – mind if I call you Enrico while you’re here?

Here are some more views.  You can see how artists might find it inspiring.

I am a teacher from Medford, Oregon. I currently live and work in Bangkok, Thailand.
View all posts by lornaofarabia →
This entry was posted in Elsewhere and tagged Amalfi, Italy, Sorrento. Bookmark the permalink.

1 Response to Sirens and Saracens